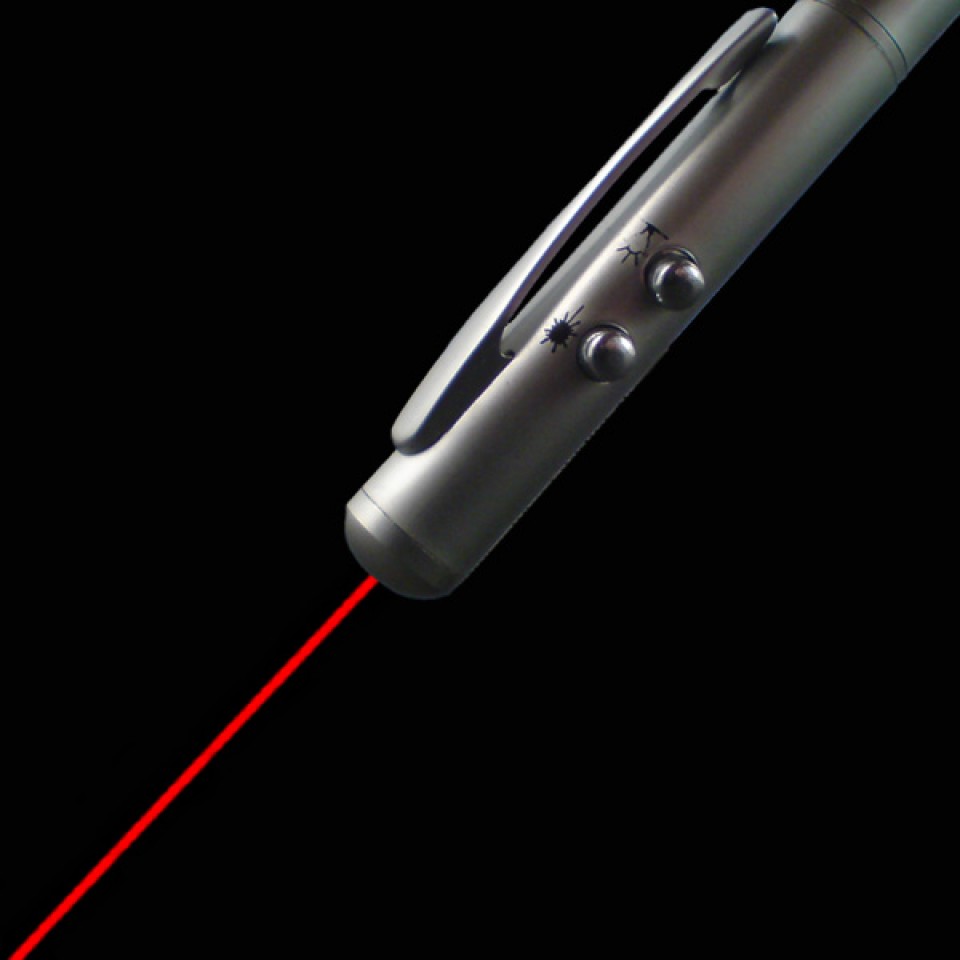 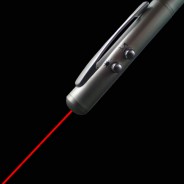 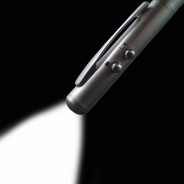 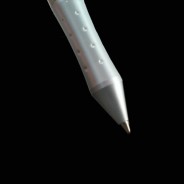 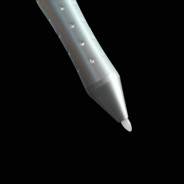 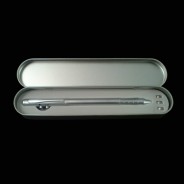 This laser pen offers so much more -and at a fantastic price! Our fabulous four-in one laser-pen incorporates a laser-pointer, bright LED torch, pda stylus and a smooth writing ball-point pen... Read more...

The 4 in 1 laser pen is so versatile, we're expecting the Swiss-army people to recruit them any day now.

This sleek solid metal pen incorporates not only a smooth writing ball-point pen but also a standard size nylon stylus for use with touch screen computing devices like pocket PC's, pda's or those electronic signature boxes that delivery couriers use.

It also has a dinky but powerful bright white LED light and a highly accurate laser pointer that is perfect for directing attention during those office power-meetings or lunch-break shenanigans.

All this crammed into a sleek metal pen that wouldn't look out of place in a high-flying executive pocket or an episode of your favourite sci-fi show.

This 4 in 1 Laser Pen comes pre-packed with batteries all served up in a stylish metal tin with a spare set of batteries.


WARNING do not point directly at eyes. Over 16's only

Bought 2 one never worked. Emailed glow and they replied within the day ( Sunday as well)
Advised replacement Will be issued.


.
Got one for my older son age 11
My youngest is 5 , they contain 3 small batteries so im watching him while playing with it

It's a nifty little pen. Not much to it, although it does have quite a lot to offer for what it is. A stylus (which I have no use for but is nice to have I guess), a pen, a torch (bit weak but generally fine) and a pretty powerful laser. I love it, and often use the laser to play with my cat. Has a nice case, too, with a few extra batteries.

Amazingly I received this as one of two free gifts with the Laserpod Orb Basestation!! Came in a cool little tin with several extra batteries. Both laser and LED are quite powerful. The products feels like quality in the hand too.

I think that it should have a warning,because if using as a pen inadvertant pressure on the laser button (unmarked) may result in laser in the eye.
Hold it to write and you will see the problem, the end is pointing at your face. I got this free.