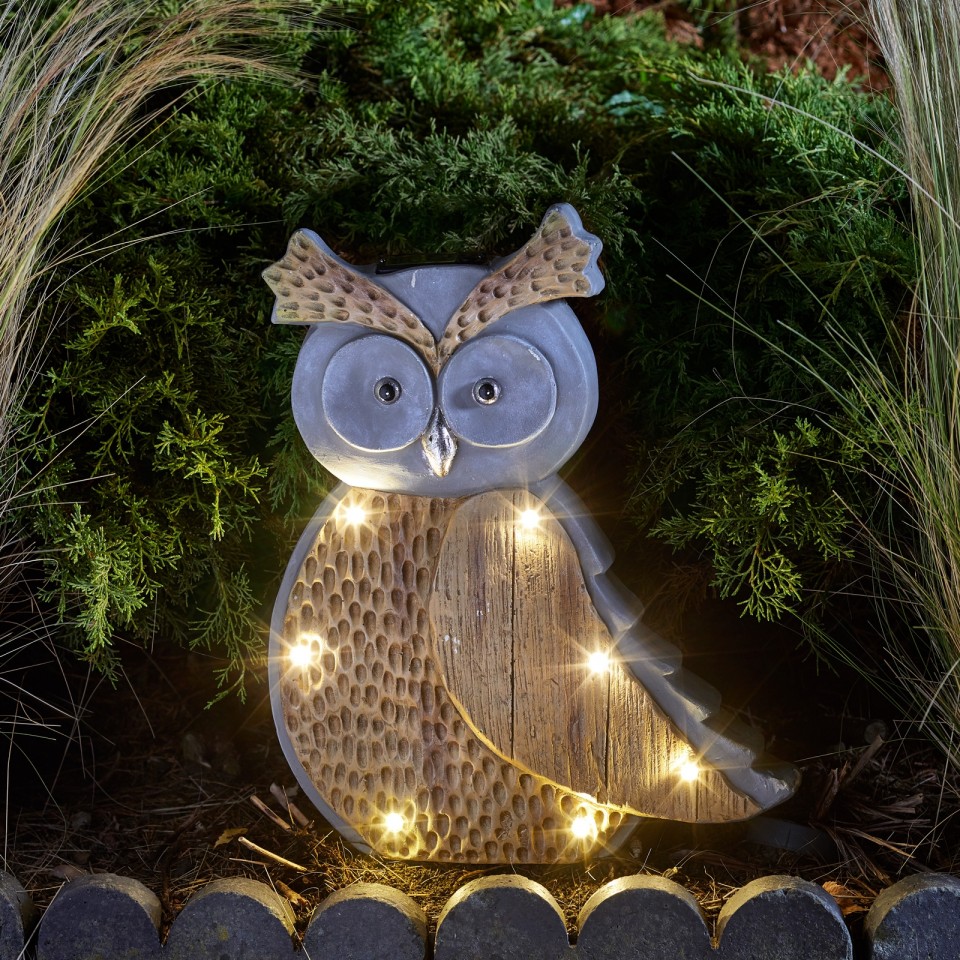 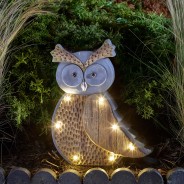 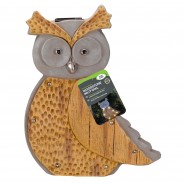 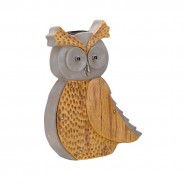 Not yet rated
Review Solar Woodstone Inlit Owl
SKU SOLWOODOWL
Order within 00 days 00:00:00 with Next Day Delivery to Get it tomorrow
In stock and ready to dispatch...
Fast UK delivery Secure online payment Dedicated customer support

A sweet night owl to add character to your garden, this large texture owl is lit with warm white LEDs for a nocturnal glow. Read more...

Made from textured woodstone, this garden owl is full of character and makes a fantastic decoration for borders, paths and patios around your garden. Detailed with a metallic finish on it's wise face, seven warm white LEDs feature on the body of the owl, illuminating this charming character at night. Solar powered, there's no wiring, just an integral solar panel on the top of the owl that charges throughout the day, allowing this character to show his true glow night after night.

Please be aware that woodstone is fired in a kiln to produce the owl shape. Part of this process requires a hole to be pushed into the base of the owl to relieve the pressure during the firing process, this part of woodstone is pushed into the final shape and can be heard rattling inside.