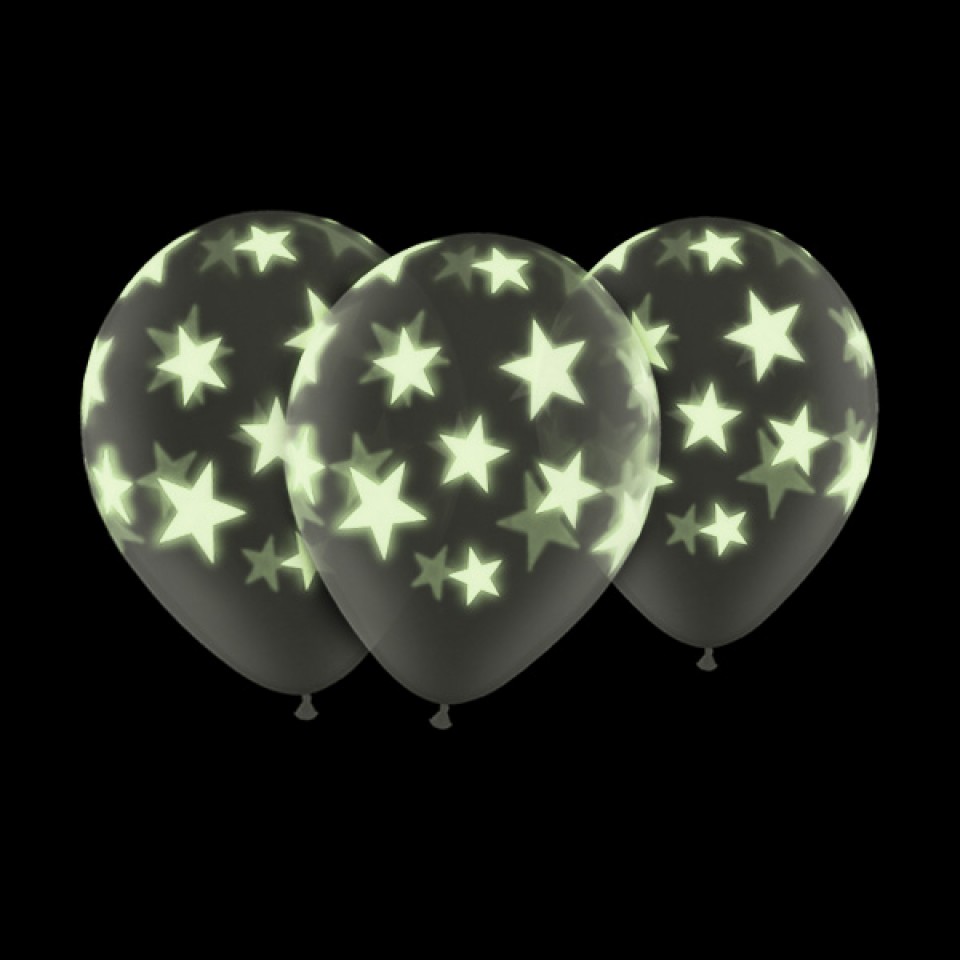 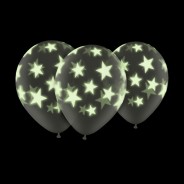 4.2 out of 5 stars
5 Reviews
SKU GLOSTARBALL
You may need...
UV Black Light Bulb


* Note: Not Suitable for children under 36 months, may pose a choking hazard

For best glow in the dark effects
Glow in the dark star balloons feature glow crystals that absorb and store the energy from natural or artificial light. After exposure, the crystals release the absorbed energy as visible light,or glow in the dark. The glow crystals are best activated by contact with UV rays such as black light, fluorescent lighting and natural sunlight although the strength of the visibility will depend upon key variables such as the type of light used, the intensity of light, the distance of the light source from the balloon and the amount of ambient light in the room.

Glow star balloons can be charged again and again for glow in the dark effects.

Ok BUT don't use helium

Like the UV balloons all but 2 balloons burst when we tried to inflate them with helium. The 2 survivors did have a nice glow but all in all somewhat underwhelmed by their performance.

Thanks for the feedback, we haven't come across this problem with these balloons before, but as you say, it sounds as though they are best used without helium unless they can be measured to ensure that they're inflated to no more than 11". Thanks for bringing this to our attention.

The Glow Company
4 out of 5 stars

Blowing up the balloons seems to stretch the luminous material a little thin so they are a bit dim, but charging them up with a strong UV source works pretty well for a while.

These balloons were easy to inflate and none burst. They glowed well in the dark and the kids loved them. A week later they are still as effective and have not gone down or wrinkly. Great fun for Halloween!